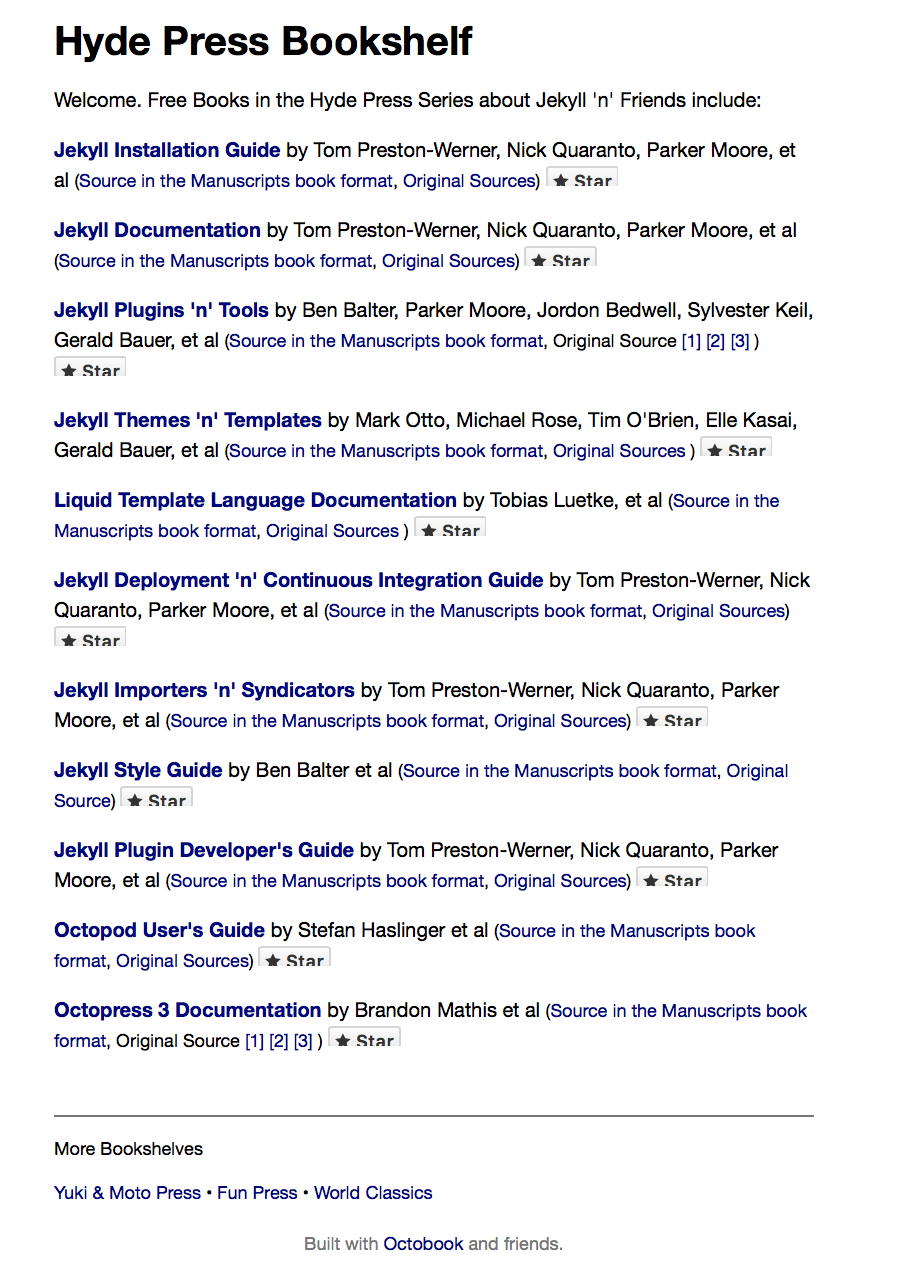 This is the second post about the move of my website from a hosted site on Squarespace to a self-hosted Jekyll site. You can find my first post here. 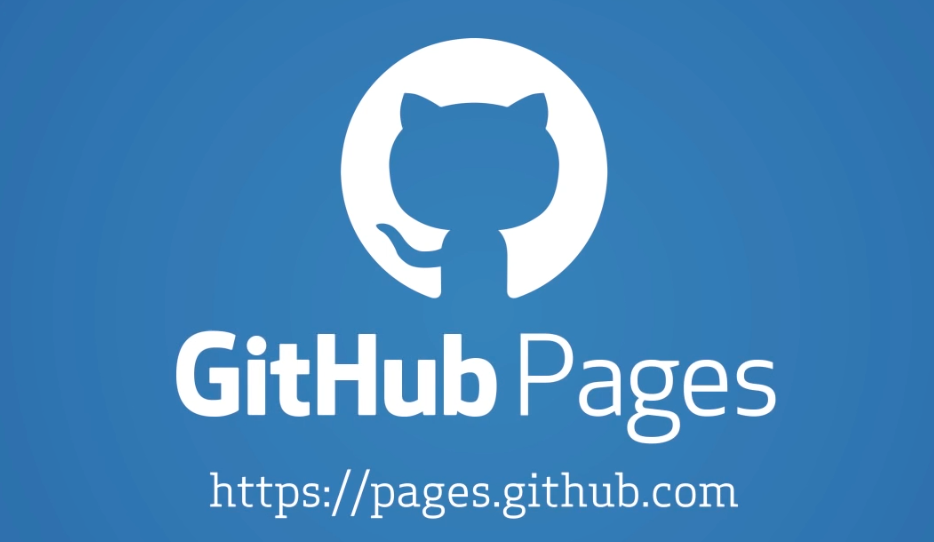 While part of Jekyll’s attraction is to effortlessly deploy your site on Github via Github Pages, so of course I chose not to do this. You see, with the Github-hosted Jekyll sites, you are limited to the officially “blessed” set of Jekyll plugins, that are enumerated in the Github pages-gem.

These plugins are “white-listed”, and will be enabled when your site is automagically built as you push your changes up. These plugins represent a nice list of default functionality, and will suit many people who want a small site, or are just starting out with blogging.

The flip-side of that however is plugins other than that limited list are black-listed and disabled.

And of course one of the first plugins I decided I could not live without - jekyll-archives - turns out to be one of the unblessed. Grumble, grumble. Any decent size blog that has been around for a while, is bound to want at least some way of surfacing related content or historical content. I use both categories and tags for mine. Without something like jekyll-archives, it’s impossible for my blog to be navigable. Sure, I could roll my own, but why the hell should I, when jekyll-archives is already available and does such a nice job?

Ok, if the default, automagic deploy on Github Pages is out, what’s the next step?

Well… the “official” alternative is to build your Jekyll site locally with jekyll build and then add, commit and push your generated _site directory up to Github. Sorry, but as a developer, you can check build artifacts into my repository OVER MY COLD DEAD BODY.

Now that we have that perfectly clear, let’s see what the OTHER alternatives are.

The Jekyll site has quite the laundry list of deployment methods from which to choose.

It’s a long list, and it didn’t make me very happy to have yet more investigation and hurdles to plow through before getting my site deployed. Eventually I decided to go with what I know. As a Rails developer, I’ve used Capistrano to deploy my Rails applications since before it was called Capistrano (pop quiz… what did it used to be called?). Since a number of my single page project/product sites are deployed to Digital Ocean already, it made sense to just piggy-back onto one of those droplets.

Capistrano to Digital Ocean… how hard could it be?

I looked up a couple of blog posts on the topic, and eventually ended up with this one on dsgn.io.

Let me start by passing on the hardest learned lesson (and I really should have known better). DO NOT use Cap 3. The version you want to use is Cap 2. Which is just what that post above mentions, but fails to detail the “why” (and I should have remembered…).

Short answer… Cap 2 has a lovely, simple deployment strategy built in - :deploy_via, :copy. This strategy was never re-integrated when Capistrano was rebuilt from the ground up for V3. There are lots of half-assed attempts to add it back in, but none as elegant and simple to use as the original. Cap 2. Just do it.

Overall I really like this deployment. A simple cap deploy, and it rebuilds my Jekyll site locally, and then shoves the files up to my droplet. It also has the advantages of “rollback”, which has always been one of my favorite Capistrano features. It’s also super extensible, so if you find yourself wanting to do more, it’s easy to add additional deployment steps (guess I’ll need a third post about that, eh?).

I do have a couple of differences from the post above. I have multiple sites deployed on the one droplet. So just using the default Apache wasn’t going to work for me.

So, instead of using:

I also decided to add my apache vhost to the deploy:setup step like this:

My full (initial) deploy.rb can be found here, and the full commit where I added the deploy, which might be enlightening for specific nitty gritty details, is right here.

Before we end, let me address a couple more of the “but why didn’t you” type questions that I can predict are hovering at your fingertips. 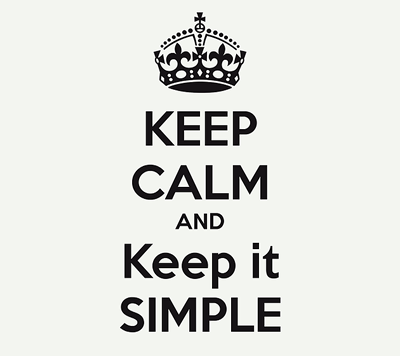 There are several other deployment options that seem attractive, and that a part of me wanted to try.

And I nixed them for the same reason. I do NOT want to build my site on the droplet. I am NOT going to maintain a full Ruby development toolchain on my static site servers. Never. The static sites are nice and simple, and that’s the way I like them. Get a web server running (Apache or Nginx), add the SSL cert, and then push up some files and done. Heck, I don’t even want to install git on those servers.

I know, I know. Why use Apache? Why not Nginx? That’s sheer laziness on my part. On my Digital Ocean droplet I can install a pre-built Apache, and get a vhost set up mostly out of my own head, or out of the default settings files. If I use Nginx, there’s a few more steps, and I have to look up how to set up server blocks and … ok, I’m lazy. At some point, I might need Nginx, but right now I don’t, so Apache it is.

Check out the sidebar, where I have linked to a fabulous resource of free ebooks on many Jekyll sub-topics.

And the answer is… Capistrano’s original name was Switchtower. Let that serve as a lesson to you when naming your projects.